As the threat of monkeypox looms globally, public health authorities in Adamawa state have stepped up awareness campaigns to control the ongoing outbreak in Nigeria.

The State Ministry of Health, in collaboration with the World Health Organization (WHO), has initiated an awareness campaign through WHO-trained community health educators (champions) to raise awareness of the disease among residents of the state.

To improve surveillance and strengthen public health measures of the disease, WHO supported the state in training 21 community health champions to go from house to house, raising awareness of the disease.

The monkeypox awareness campaign started in North Yola on July 28, and as of August 2, 2022, 3,780 households have been covered and more than 26,000 people have been sensitized in 3 LGAs. The campaign is part of the measures to guarantee the prevention and early detection of the disease in all communities.

The head of the community (Mai Angwa), of the Ajya settlement in the Yola metropolis, Alhaji Musa Tsoho, appreciated the effort to make people aware of the disease, since he claimed to have little knowledge about it.

“On many occasions I have heard stories of people infected with monkeypox, but I have never seen anyone with the disease.

He also did not know the symptoms of the disease or how they contract it.

But with the Community Health Advocates awareness campaign, I now know better and intend to use the knowledge gained to make informed decisions to protect myself and my family members and educate my friends about the disease.” said.

Monkeypox is a zoonotic (transmitted from animals to humans) viral disease, previously known to be confined to the rain forests of central and western Africa, but is now reported in several European, Asian and US countries. 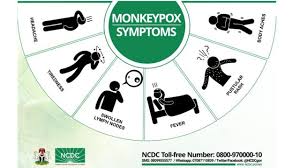 The disease has become the next biggest scare for the world after COVID-19, and the WHO is closely monitoring the outbreak. Currently (July 25), 16,016 confirmed cases of monkeypox have been reported from 75 countries.

Applauding WHO for the support, Adamawa State Health Education Officer, Mr. Nuhu Yahaya, said the campaign is necessary to intensify health risk messages on monkeypox prevention and other epidemic-prone diseases, is key to breaking community transmission.

“Community Health Champions are working in LGA hotspots and making sure people in the community understand what to do to protect themselves and their loved ones.

The team would also take the opportunity to encourage community members about the importance of receiving the COVID-19 vaccine at the nearest health center,” he said.

Dr. Lako said that effective communication of risk messages would help reduce disease transmission between communities, as they will be equipped to make better decisions to prevent disease outbreaks.

He said that with financial support from Germany, USAID and ECHO, WHO continues to support the governments of Borno, Adamawa and Yobe (BAY) states to respond to the disease burden and increase risk messages in the states.

“Community Health Champions are equipped with the right knowledge to deliver real-time health messages on monkeypox prevention at the community level.

And currently, the team found and referred a suspected case of monkeypox to the nearby functional health center, through the Disease Surveillance Reporting Officer (DSNO),” he said.

Dr Aminu-Kano bows out of NCF